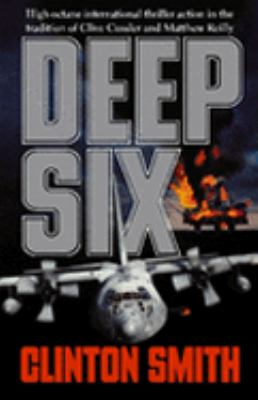 an aerospace tycoon who flies his personal C-130 gunship ...an out-of-control Pentagon developing human robots ...a renegade U.S. President ...a lab at the bottom of the sea ...Agent Colin Blake has one weapon - total recall. One quest - to rescue his lover Kate, a military expert, from a cartel that intends to turn her into a sub-human device. When Blake joins forces with Chuck Braden, the U.S. President's watchdog in the Pentagon, he uncovers a conspiracy that could devastate half the globe ...In Deep Six, Clinton Smith's stunning new thriller, high-tech action and deft characterisation build to a roller-coaster ride with a climax beyond anything you've read. But there's more than just adventure: using top-level military information, Deep Six exposes the defence strategies of China and the U.S., outlining the ominous future of warfare . a future you will live.