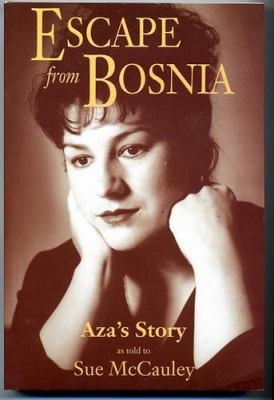 When Brent King, a young New Zealand pilot, was sent as a UN observer to Sepa in Serb-held Bosnia, he met and fell in love with Aza Mehmedovic, a beautiful local girl. The war closed in on Sepa inexorably, and Brent soon realized that somehow he would have to arrange for Aza to escape from the ever-tightening grip of the Serb militia before they finally destroyed the town.

It was only through complex and devious negotiations that Brent was able to arrange for Aza to be smuggled out of Zepa -- at a price. In return he would have to take extraordinary risks and display raw courage as he bent UN rules until they broke.

This both Brent's story of how he orchestrated Aza's escape, told for the first time, and Aza's own story -- a harrowing and moving account of what life was really like in a Muslim enclave under siege from the Serbs. It is both a real-love story and a gripping tale of adventure and intrigue: the tenderness and the suspense are brilliantly captured by the author.