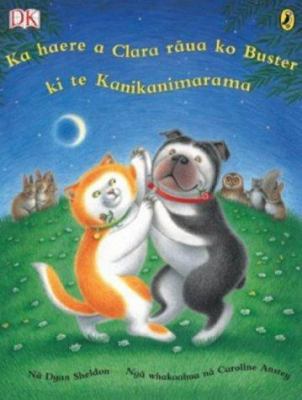 A Maori language translation of a popular Dorling Kindersley book. Part of the Share-a-story series of books produced for children. Clara the cat dreams of dancing like the elegant ballroom dancers on television. With her friend, Buster the dog, she sets about practising the jitterbug, jazz and even the cha-cha-cha. After leaving a trail of destruction through the house, Clara and Buster are banished to the garden. Just as Clara thinks all is lost, Buster shows her how to waltz under the moon. A touching tale of friendship sure to engage any child who has ever needed encouragement.

Clara the cat and Buster the dog create a trail of destruction when they try ballroom dancing inside their house, but then they discover the joys of dancing outside, with the moon for a light and all the room in the world. Suggested level: primary.