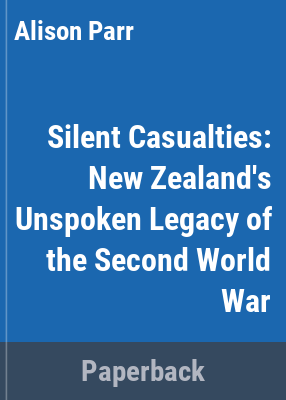 Fifty years after the end of World War II, veterans symptoms can still include nightmares, uncontrollable outbursts of anger, emotional withdrawal, intrusive war-time thoughts, sleep disturbance and depression. Silent Casualties is based on frank and often painful interviews with eight of these Second World War combat survivors, their wives and families. About the Author Alison Parr has been a broadcasting journalist for 20 years since graduating from Otago University in the early 1970s. She has worked for radio and television news, current affairs and magazine programmes, covering national and international assignments. In 1991 she gained a BA Honours degree in psychology from Victoria University.

" ... Kiwi veterans ... talk about their post-war lives, of the disruption, pain and distress they endured ... as a result of surviving years of horror"--Back cover.