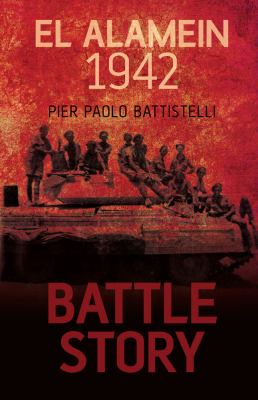 The Second Battle of El Alamein marked a major turning point in the Western Desert Campaign of the Second World War. El Alamein saw two of the greatest generals of the war pitted against each other: Rommel and Montgomery. Through key profiles and a chapter devoted to 'The Armies' Battle Story: El Alamein explores what made these men inspired leaders and what led to their respective defeat and victory.Montgomery's success ensured that the Axis army was unable to occupy Egypt and therefore gain control of the Suez Canal or the Middle Eastern oil fields, thereby preventing a major source of income and power for them. The background and impact of the battle are explored in separate chapters, so offering the reader a clear insight into why what happened in this remote part Egypt was so central to the Allied cause. Through quotes and maps the text explores the unfolding action of the battle and puts the reader on the frontline. If you truly want to understand what happened and why - read Battle Story.