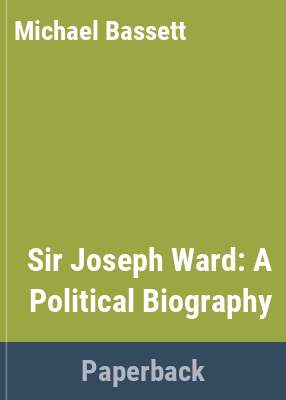 The story of an ambitious, first-generation New Zealander of Irish Catholic parents, who spent more than half a century in local and central government politics, influencing much in New Zealand life. Ward was the leading political figure during the Liberal Party's forty-year life: he was a member of Ballance's first Cabinet in 1891, twice Prime Minister, and died in 1930, still a Minister. This lively biography contains much new material about Ward's private business dealings, his flourishing Southland company, his bankruptcy, and rehabilitation. It shows a genial, courteous, fast-talking man of vision who nevertheless had difficulty adapting to a changing world and is told with the rare insight of a former practitioner.

Bassett's political biography of Sir Joseph Ward (1856-1930) seeks a middle ground between R.A. Loughnan's 1929 hagiography and a host of more recent unflattering interpretations of Ward's career. Ward's service in New Zealand's Liberal party is often overshadowed by his political contemporaries, John Ballance, William Pember Reeves, John McKenzie, and Richard John Seddon. But as Bassett argues, Ward is the principal architect of the modern infrastructure of New Zealand's transport and communication networks, health system, and civil service. Ward held nearly every portfolio of state during his 37-year parliamentary career, serving twice as New Zealand's prime minister (1906-11 and 1928-30). A Southland businessman as well as politician, Ward resigned from government temporarily in the late 1890s following a banking scandal and personal bankruptcy, but returned triumphant in 1899. Bassett downplays Ward's penchant for self-promotion, his farcical advocacy of imperial federation, and his racist sentiments regarding the "yellow peril." Nonetheless, Bassett has produced a detailed, carefully documented study of a politico who should be remembered as much for his policy initiatives as for his elocutionary virtuosity and infectious optimism. Upper-division undergraduates and above. J. O. Gump; University of San Diego
More book reviews at iDreamBooks.com