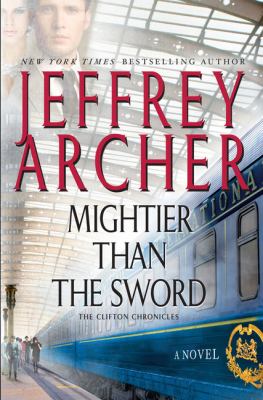 DDC classification: 823/.914 Summary: In the aftermath of an IRA bombing, Harry uses his new literary station to raise awareness for his POW friend while Giles works to secure a political career and Sebastian's past threatens his engagement.
Tags from this library: No tags from this library for this title. Log in to add tags.
Fiction notes: Click to open in new window

A New York Times Bestselling Author Harry Clifton visits his New York publisher and learns that he has been elected president of English PEN. Harry immediately launches a campaign for the release of fellow Author Anatoly Babakov, who's imprisoned in Siberia. Babakov's crime? Writing a book about what it was like to work for Stalin. Meanwhile Harry's wife Emma, chairman of Barrington Shipping, is facing the repercussions of an IRA bomb attack on the MV Buckingham's maiden voyage.

Sequel to: Be careful what you wish for.

In the aftermath of an IRA bombing, Harry uses his new literary station to raise awareness for his POW friend while Giles works to secure a political career and Sebastian's past threatens his engagement.

In the fifth Clifton Chronicles novel, the epic family saga takes us from the mid-1960s into the 1970s. This isn't one of those series where the reader can just jump in with the latest book; the story of the Clifton and Barrington families began just after WWI, and there is a long and complicated backstory to this latest installment. For readers familiar with the saga, here's the gist: Harry Clifton, the best-selling mystery writer, is championing the cause of a Russian writer and political prisoner; Emma, Harry's wife, is embroiled in a battle for control of her family business, the Barrington Shipping Company; Emma's brother, Giles, is facing a bleak political future; and Giles' ex-wife, Virginia, is orchestrating the overthrow of Emma, the ruination of Barrington's, and the destruction of Giles' career. And that's just for starters. Like its predecessors, this is a rich, compelling, intricately structured story with plenty of intrigue and surprises. Fans of grand historical fiction series in the Trollope tradition will not be disappointed.--Pitt, David Copyright 2015 Booklist
More book reviews at iDreamBooks.com